My interest in boxing stems from childhood and the memory of watching ABC's Wide World of Sports with my father, notably when a heavyweight title fight was occuring - often with Muhamed Ali as the main attraction.

Examining boxing as a subject for art led me to collect and catalogue boxing magazines from the 1970s (which was the era of fighters that I recall). By appropriating and cropping the pulp quality images, I began to construct a narrative in which the violence of boxing could be juxtaposed with the tenderness and care with which the managers look out for their charges. Intimacy between all the stakeholders in a fight seemed to be one of the emergent themes. 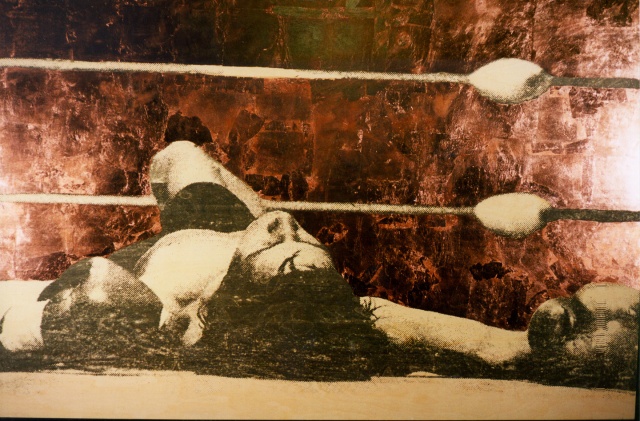 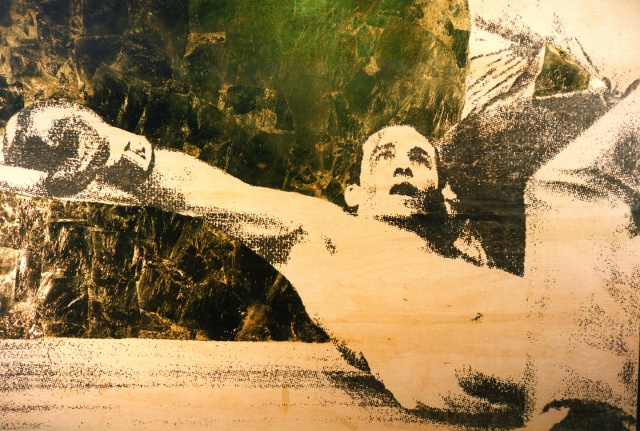 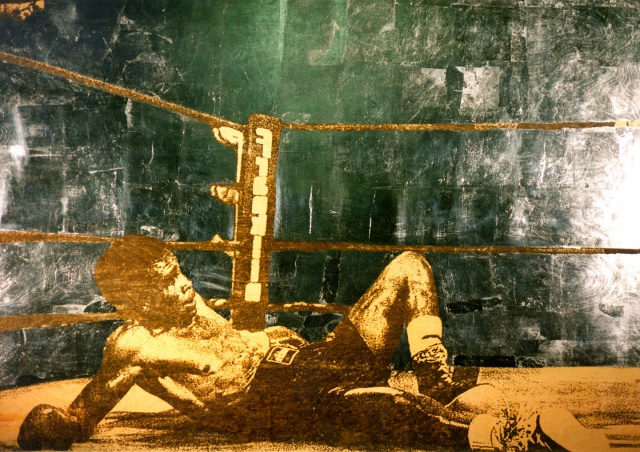 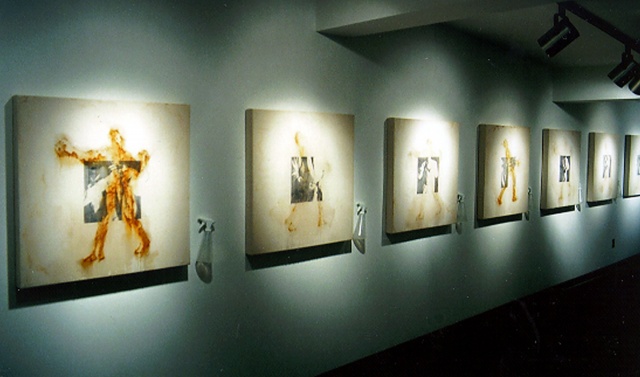 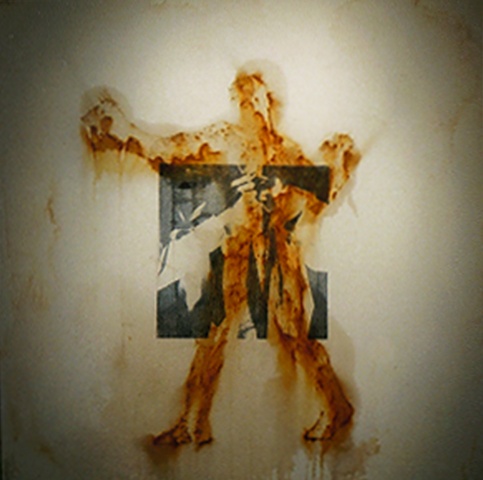 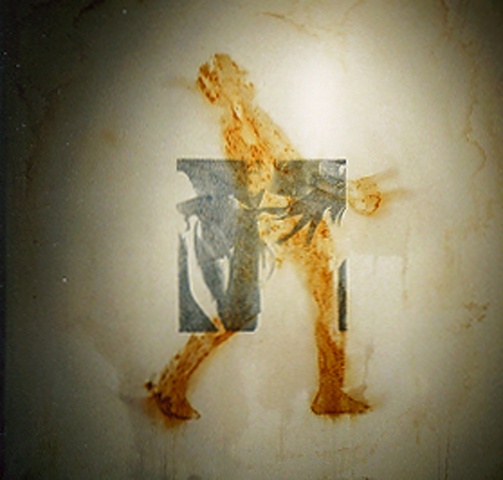 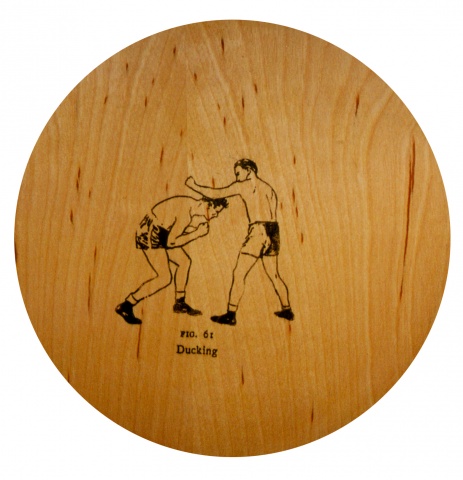 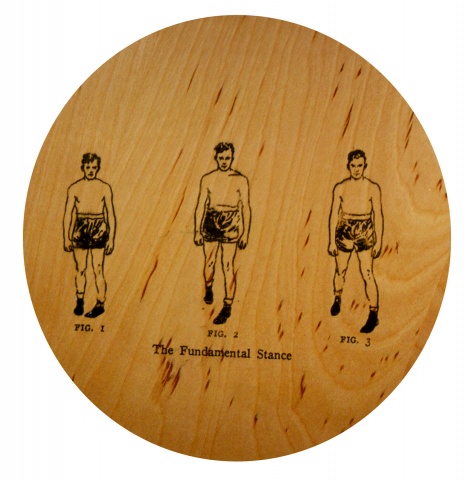 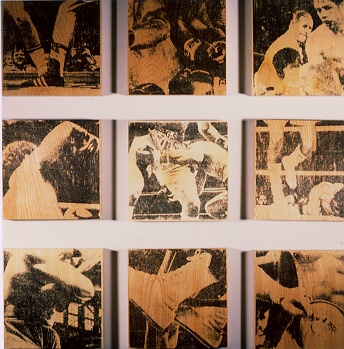 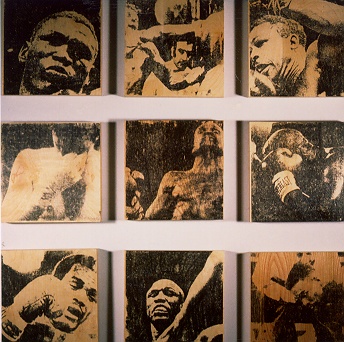