In Canada, there is an obsession with hockey as a both an imagined and real identifier of culture. Hockey presents a site of bonding, relaxation and socialization. In all cases it is the hockey stick that is the primordial tool that is wielded to do the work of the game. My work marks the hockey stick as both a tool and a weapon. This can easily be seen in the number of times during childhood that a gun or sword was made from a broken hockey stick. Equally, the stick has also been utilized as a weapon as witnessed in the infamous Wayne Maki – Ted Green stick swinging in 1969 and more recently with Marty McSorley – Donald Brashear incident in 2000.

Games have been theorized as a means of playing out warfare without the bloodshed. My choice of hockey sticks and baseball bats is not a simple convenience. The reorganizing of the play form into a militaristic one enters the complex territory of nationalism, security, warfare and perceptions of identity. The seminal 1972 Summit Series against the USSR sums up the situation in which a proxy war allows for one manifestation of national identity. 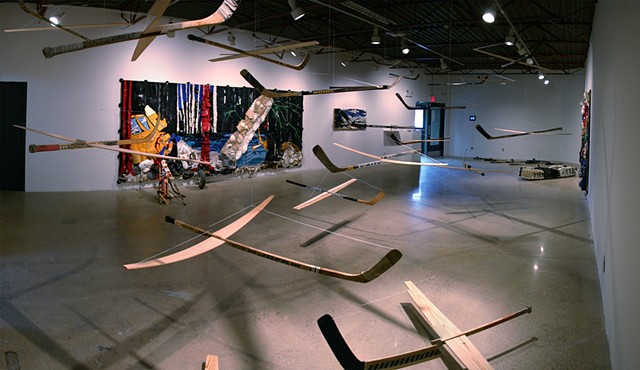 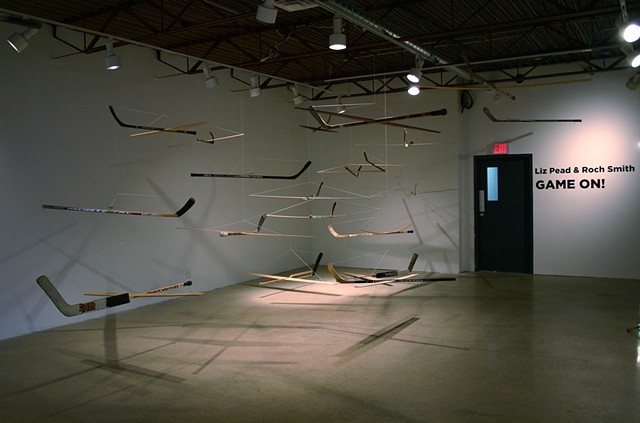 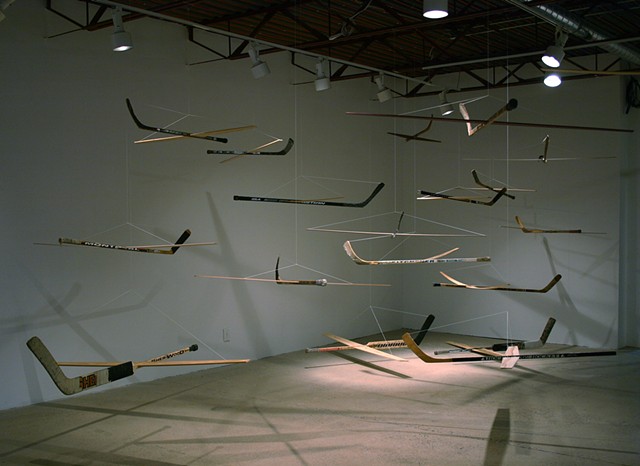 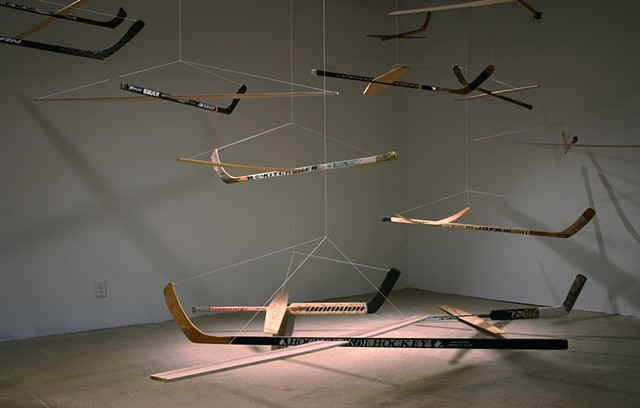 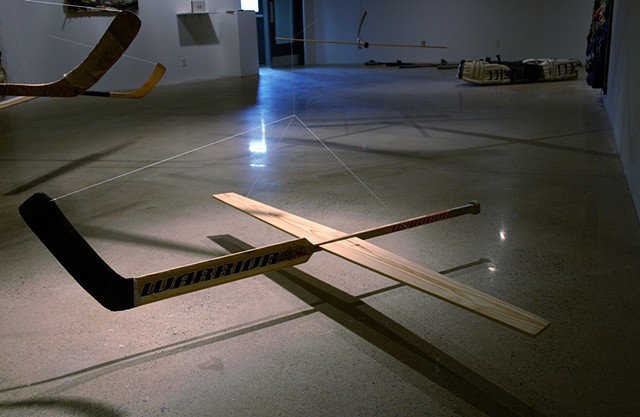 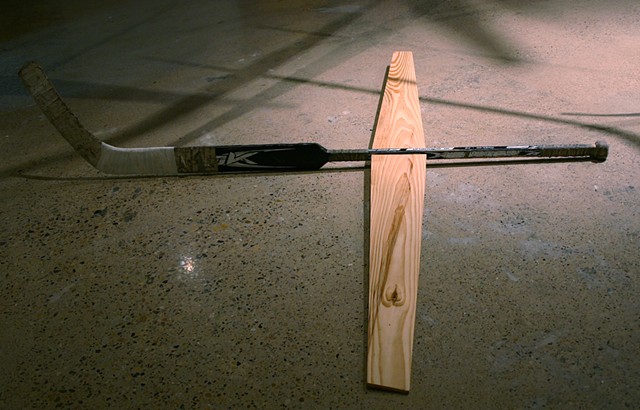 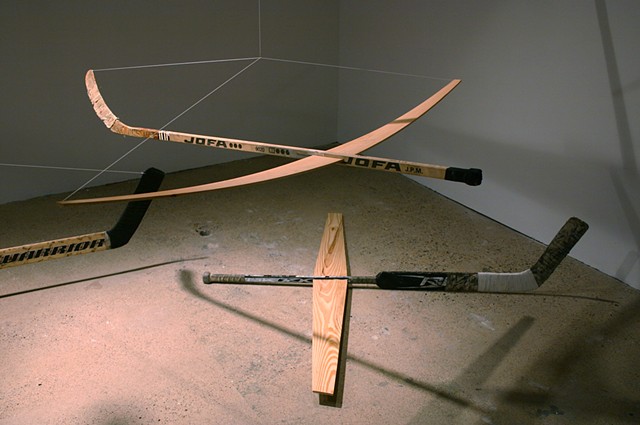 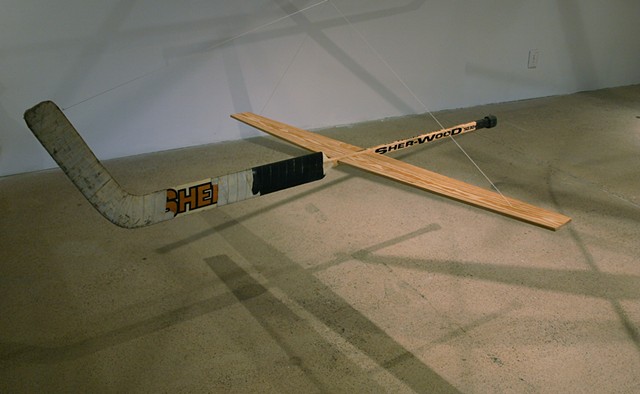 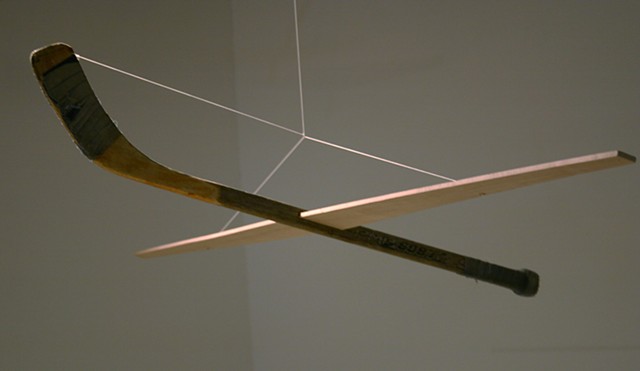