P. Roch Smith’s work centres on the creativity of play, equilibrium and disequilibrium, and how memories are constructed and held in place - a geography of memory. In fields of play Smith presents work in which the mass produced (plastic army figures) are merged with the organic (tree branches, sisal twine and yarn). The figures are unified by bronze casting – fixing their hybridity in both a metaphoric and material manner. The relational nature of value is examined as the tiny scale of the bronze figures is the antithesis of monumentality usually associated with bronze as a sculptural material. While bronze casting normally speaks to permanence and the epic, the scale of these works creates a from of intimacy.

Play has been theorized as a liminal space – occupying both the real and the imagined simultaneously. It is within this topography that Smith tries to point to certain aspects of the human condition. Does replacing the guns on toys with branches change the essential meaning of the situation? Is it absurd? Can a small figure evoke a sympathetic response or reaction?

Toys as a sculptural material intrigues Smith. He has spent years amassing a large collection of plastic toy soldiers, model sets, LEGO blocks, Playmobile figures and these toys become raw materials for creation. The alchemy arises from combining these elements in new ways – stretching their scale or altering their properties. In this way a tree branch replaces a gun. A 5-foot tall tower of LEGO serves as a platform for a figure to let down a rope. All of the army figures have some form of intervention – they are cut, melted or altered to undertake the new work and tasks that Smith sets out for them.

In fields of play one enters a space of inspection – of being a giant in a land that is off-kilter – witness to a precarious balance. 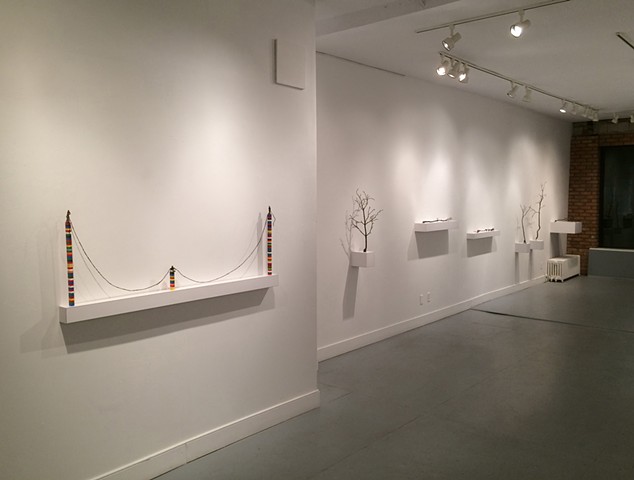 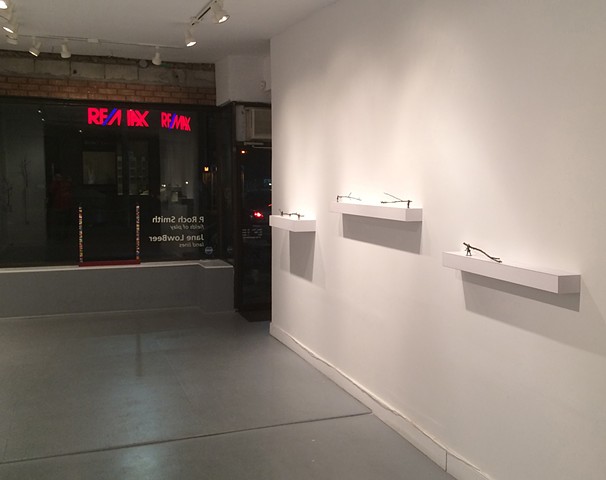 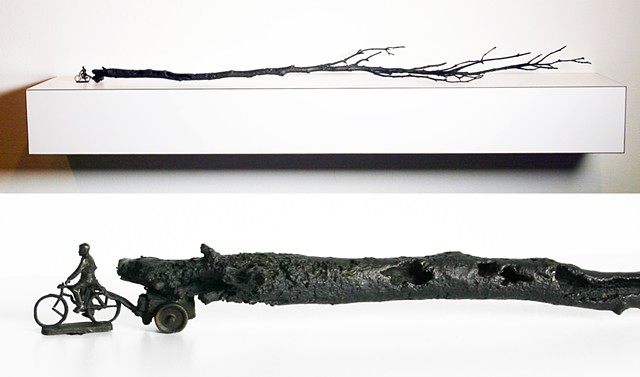 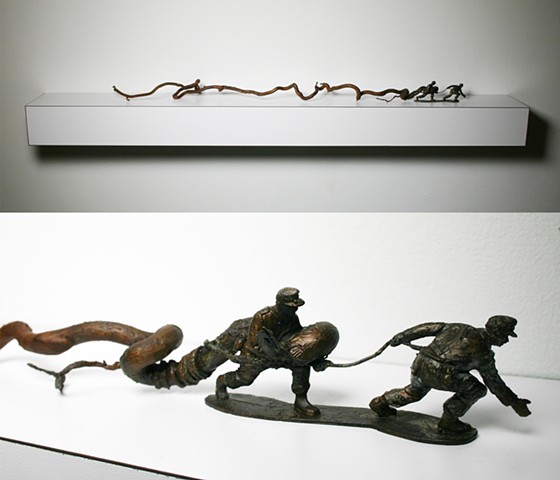 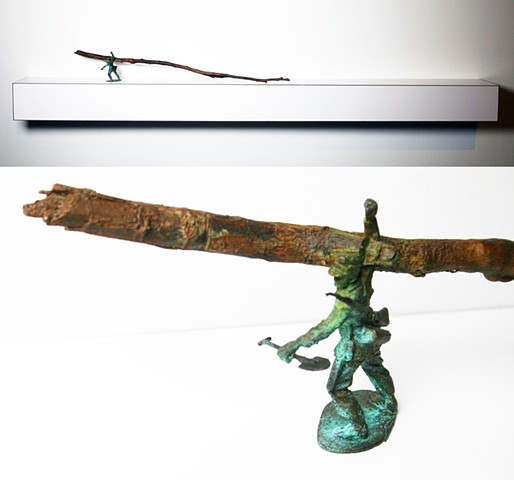 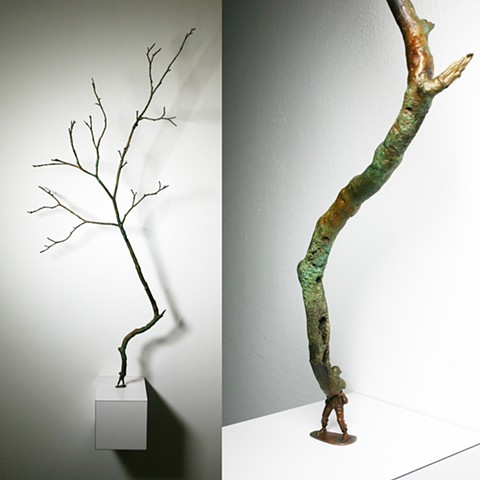 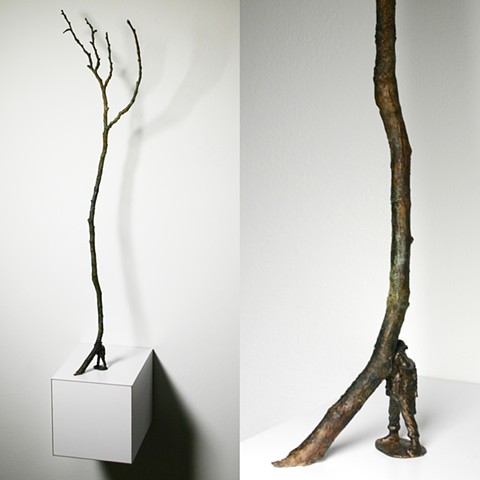 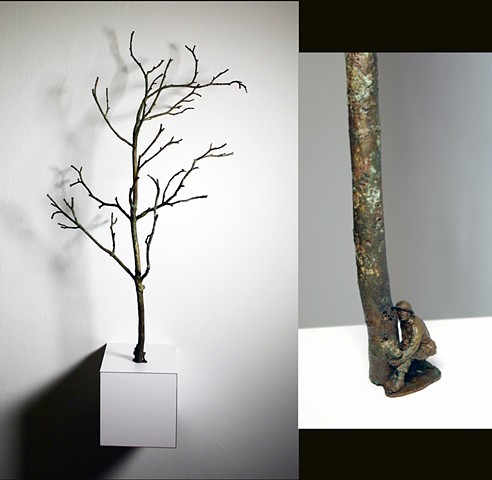 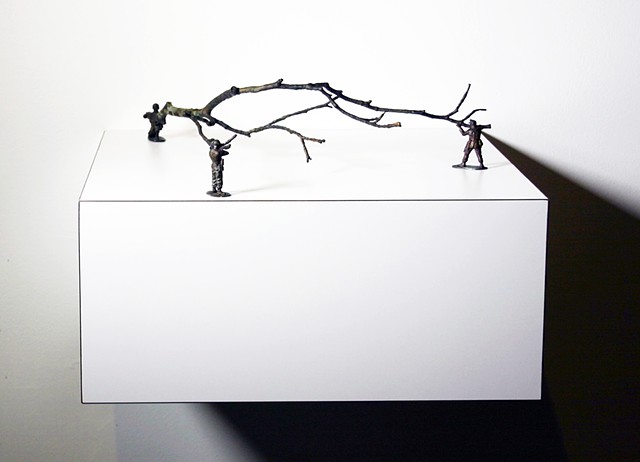 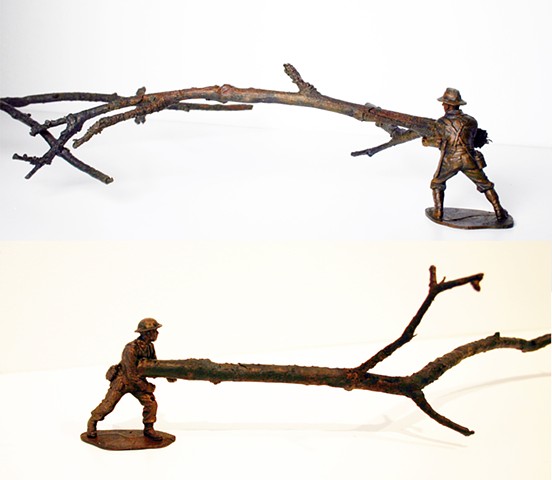 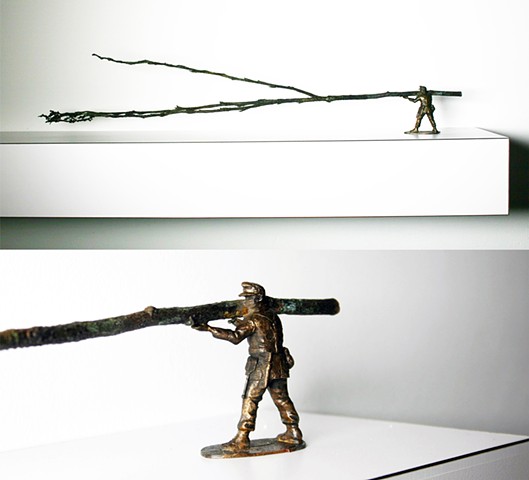 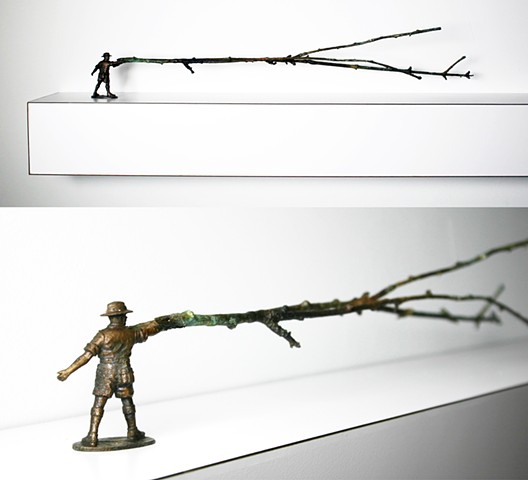 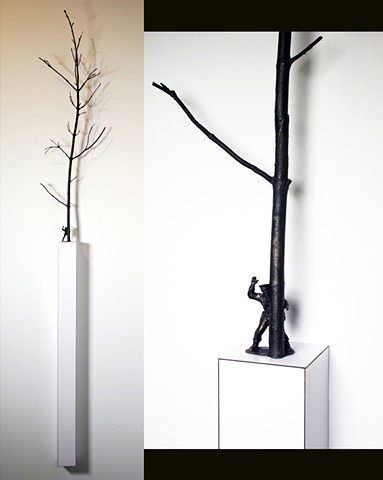 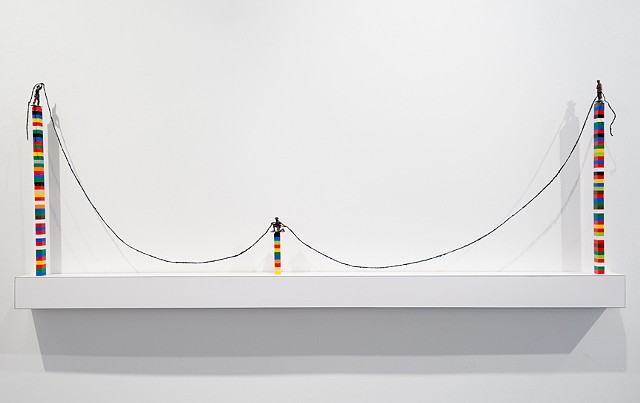 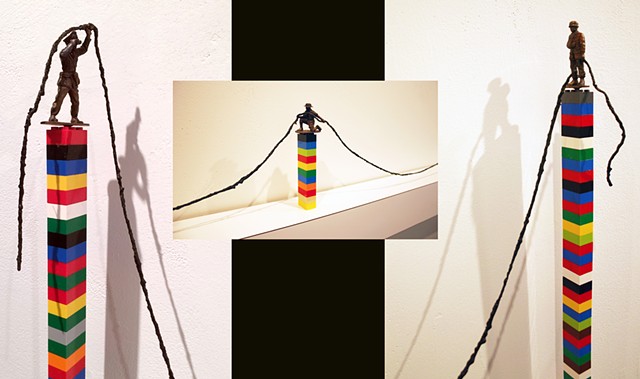